Netduino vNext Design - How important are through holes?

We’re working on the layout for the Netduino vNext, and I’m curious if through holes for breadboard mounting are important to you.

The new design would be SMD (Surface Mount) compatible, and small, so it would be inherently embeddable. And we would also be making it header compatible, so for prototyping, you would have headers that you can plug jumpers into (like the current netduino).

We’re considering making the headers be surface mount as well, however, because it means less holes drilled through the PCB (cheaper and allows for a slightly smaller form factor).

The old Netduino Mini, and other boards like Particle Photon have through-holes so you can stick them in a breadboard, but if you have headers, and the board is SMD compatible for production embedding, do you still care about plugging it into a breadboard?

If the board is small enough then it should be simple to design a carrier if necessary especially if you are making the board simple to embed.

The key thing for me is to have a way to easily connect the Netduino to breadboard. Being able to plug it into a board is a nicety (one I really like but can work around).

Can you show me a picture of plugging it into a breadboard? don’t you basically just waste a breadboard that way?

I have used this board and it is easy to add to a SMD project and uses a minimum of board space. 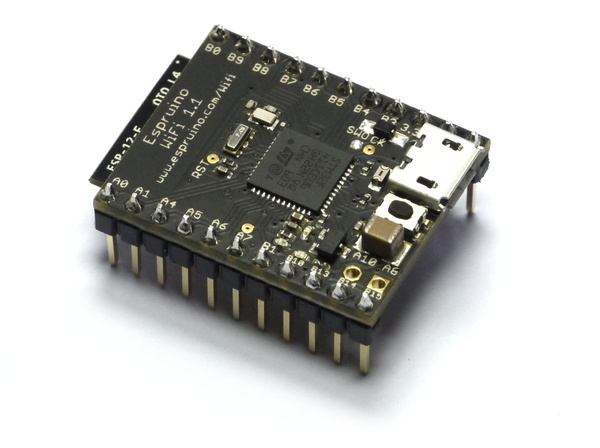 The espruino is a good little board design. So the question I have is this: If that board had headers AND SMD pads (instead of through holes), would that bother you? Or are the through hole pins important to you?

Here’s an image of the Teensy 3 and the 3.6 on breadboard, the 3.6 is a 46 pin device and it still leaves a reasonable amount of space on the breadboard.

I think the through holes are important I use them in my board designs. I would prefer to solder them myself. Female headers are nice for development and male headers are easy to use on a pcb. SMD pads might work even better?

Got it. Thanks for the feedback!

how do you feel about long pin headers that have female connections on top for jumpers and through hole pins on the bottom to stick into breadboards? Kind of like on shields: 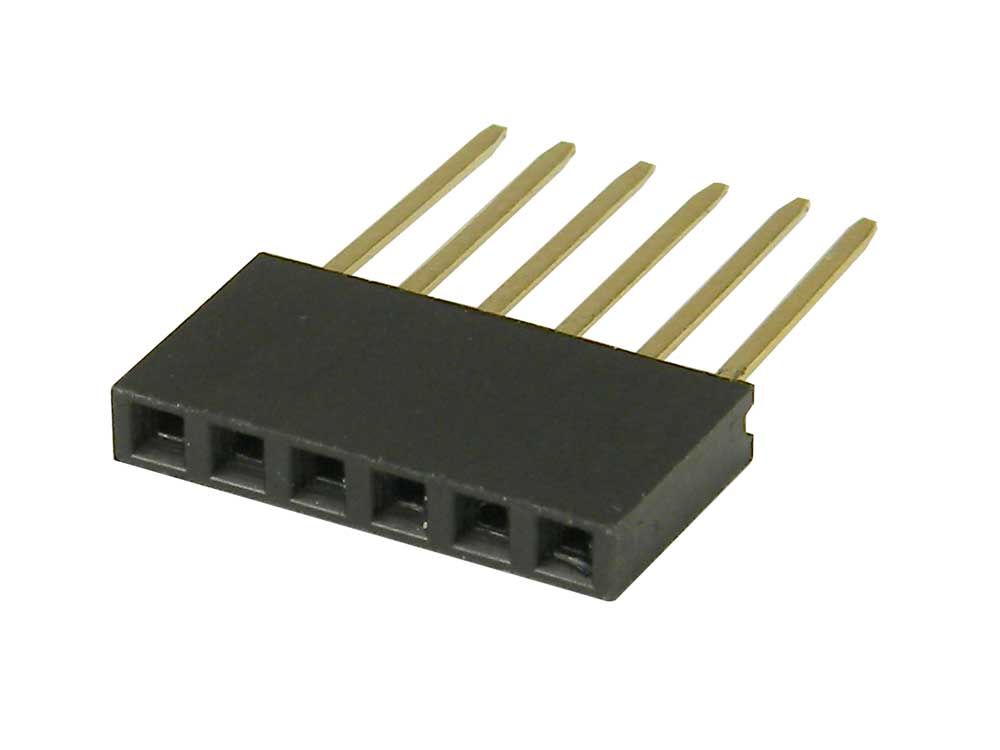 I would prefer having just male headers.

understood. thanks for your input.

This is a project that I am currently testing it uses male & female headers on my test PCB. 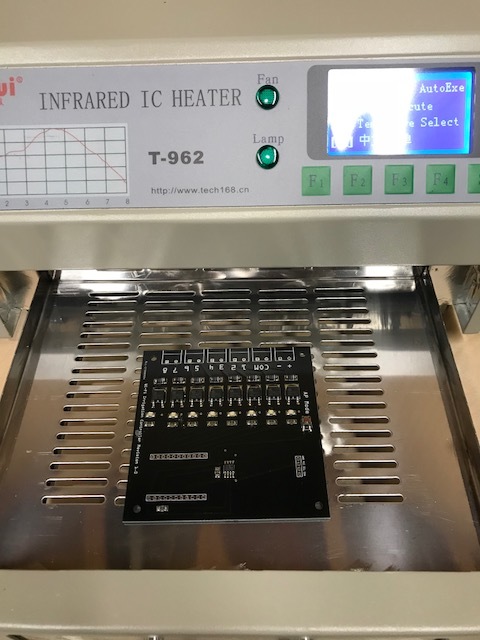 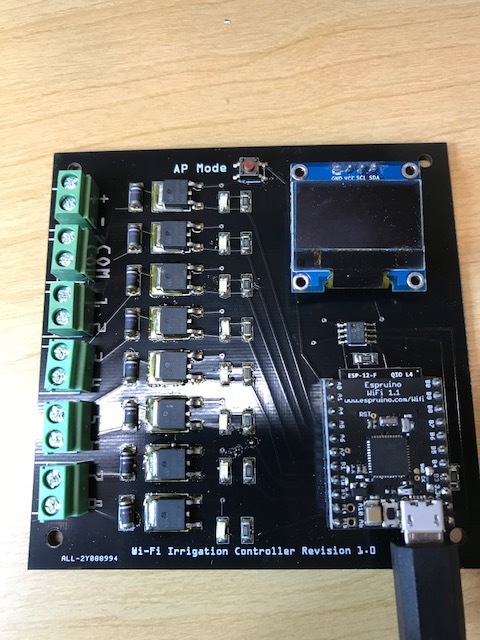 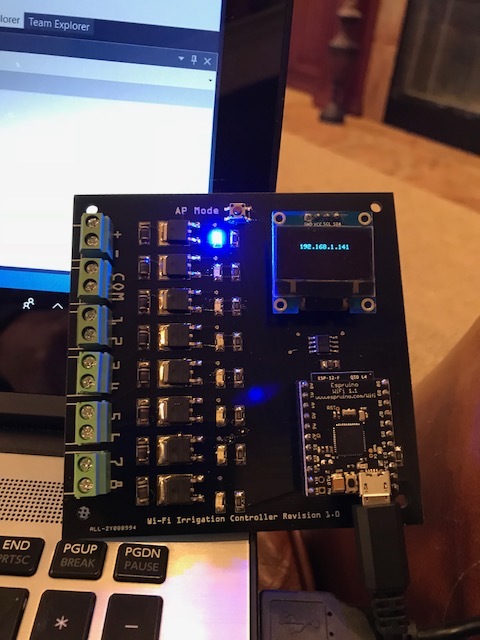 You could make several PSUs of different power rating or input voltage. It could be simply a battery caddy, or a NiCd charger with a photovoltaic cell or whatever. This could be a kit in its own right, a bare board for people to build whatever they require.

For that matter you could use one of the caddy boards to header mount the Netduino.

If you do these things it becomes trivial to take a prototype directly to field testing and a lot more projects will make it out of the lab.

Is there any preliminary information on the vNext module?

I am designing a custom hardware solution integrating the .net framework and an embeddable vNext module might be simpler first pass.

It’s coming along. We’re hoping to release some more information soon. We’ll be launching a kickstarter campaign to cover its costs in ~July, and hopefully shipping at the end of Summer.

In the meantime, I would recommend starting the prototyping phase of the project with Netduino. Netduino.Foundation is incredibly powerful and makes Netduino the fastest prototyping platform out there!

Yes, I will be doing the prototyping with a NetDuino. If I then refactor the design for manufacturing is it just a matter of integrating the correct B.O.M? How does that work with NetDuino?

Sort of. We’ll have a new module that you’ll integrate.

For the vNext that’s clear enough and a good idea. Saves a fairly involved layout, component sourcing and SMD manufacture of a sophisticated module.

With the Arduino, one of the reasons for it’s success at least in the network effect arena, is users can just grab an AVR and refactor an Arduino reference design, burn a bootloader and their good to go.

I mean this is the Arduino model, where Arduino aim to pick up initial prototype board sales and leave the rest to users. Wether it’s the best ever model for Arduino themselves is debateable but is this the NetDuino model also?

ie Can we refactor reference designs, source the appropriate parts then download the firmware from the NetDuino foundation and burn the bootloader during manufacture?

For vNext commercial use, best path is to buy a System on Module (SOM) from us that comes pre-programmed with our OS (Meadow), and you’ll be able to deploy your app over the cloud.

But more on that soon.

What is the target number of PVM pins is vNext board? Will it be bigger like a Arduino Mega? Will it support Arduino shields too?