I have a very basic starter issue. I cannot connect Arduino 3 for the first time.

Following the window installation procedure I have installed:

When I try to update the firmware following the Windows procedure described here http://developer.wildernesslabs.co/Netduino/About/Updating_Firmware/
the updater does not see Netduino 3 so update is not possible. I am quite sure this Netduino needs an update since I believe I have never done it.

I believe I have driver issues but I cannot find the right documentation to troubleshoot the Netduino Updater that seem the problem. Any help will be appreciated.

Does anything show up in the updater application?

Yesterday, during a last attempt I saw SM Bus Controller in the Updater. The updater seemed to start doing something but apparently got stuck in an infinite processing loop. Finally I shut down the computer last night.

This morning Netduino 3 WiFi showed up in the Updater for the first time and seemed to complete the update successfully. Now, in Device manager I have Netduino 3 Wifi and SM Bus Controller with a yellow mark. So, something is wrong with drivers.

What should I do next? 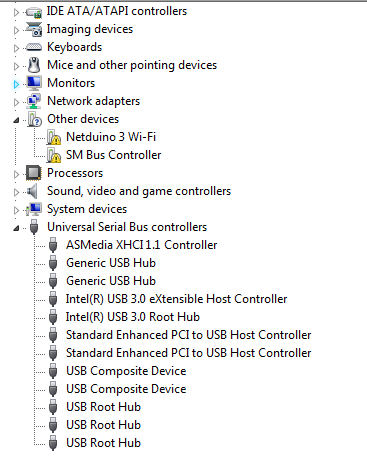 To me that would suggest a driver installation issue.

I’d probably try uninstalling the driver and then installing it again. 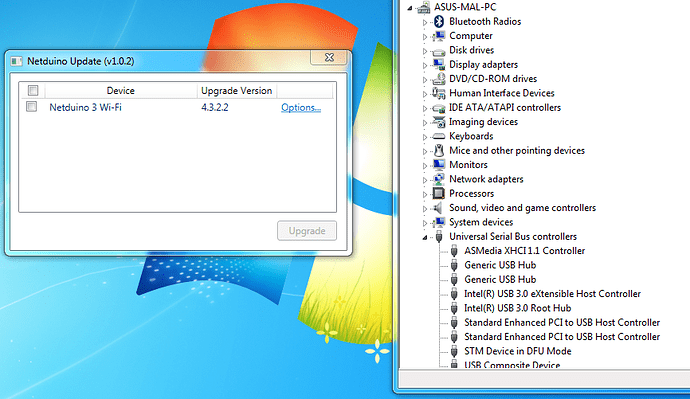 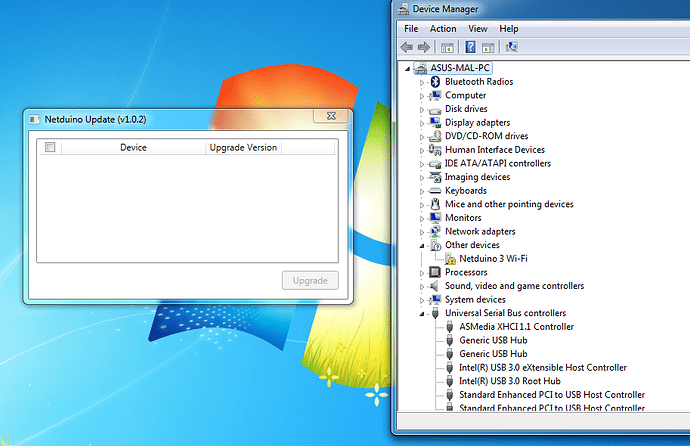 Well after reading the post from someone having issue similar to mine. I have decided to try his solution which is to reinstall the NetduinoSDK which I did. It appears this work. But I do not recall if I kept the Netduino plugin or not and if I uninstall the driver first. Now Netduino shows up in the Universal Serial Bus controller section of Windows Device Manager.

Glad to hear that you are up and running. The SDK contains the driver and reinstalling normally solves the majority of these types of problem.